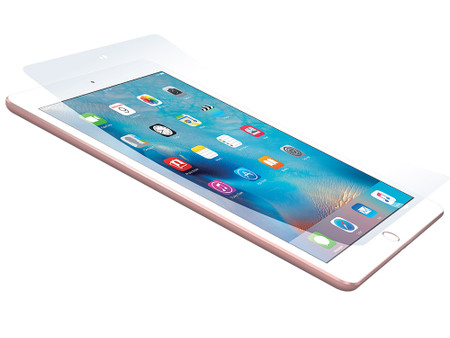 Apple’s smaller iPad Pro 9.7 gives you incredible power at your fingertips. Complex tasks can be accomplished naturally with a touch, a swipe or writing with the Apple Pencil. The light weight, responsive display and vibrant colors make the iPad Pro 9.7 the perfect tool for artisans, students, and professionals on the go. However, anyone who works on their iPad Pro outdoors, in an office with overhead lights or even in their favorite coffee shop knows how annoying glare and hotspots on the screen can be. Glare on the screen is more than a nuisance. With the high resolution and spectacular detail of the Retina display combined with the precision of the Apple Pencil reducing obscuring glare is work critical. Protecting the screen from dirt and scratches is essential.  Reducing screen glare while maintaining surface responsiveness is paramount. Power Support’s Anti-Glare™ Film Set for iPad Pro 9.7 does it all 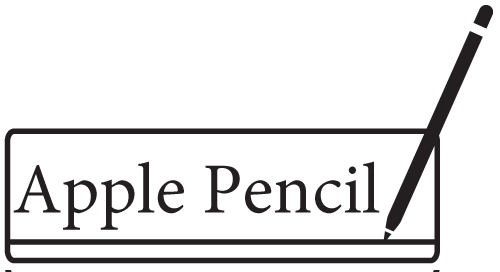 The surface of the Anti-Glare™ Film protects the iPad Pro 9.7 screen from scratches, dirt and dust while reducing fingerprints and smudges. This does not mean it is impossible to get a fingerprint on the screen. It means that the dirt and oils found naturally on your fingers and hands do not adhere to or penetrate the hard coating of the film making it easy to clean. The anti-glare surface treatment reduces hot spots and reflections resulting in spectacular image quality, sharp images and bright vibrant colors.

Like all Power Support screen films the Anti-Glare™ Film is precisely cut to fit the iPad Pro 9.7. The unique film backing or separator helps you cleanly and accurately align the film during application.

Apple’s iPad Pro 9.7 is an amazing, compact, powerful tool. With the Apple Pencil you can take…