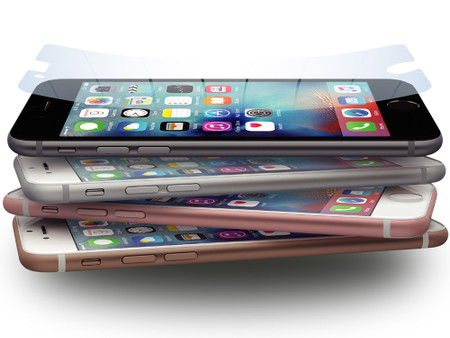 The special formulation also makes the Hybrid Crystal Film™ extremely translucent. This means the images are sharper and the colors are more vivid. There is actually less material between your eyes and the iPhone screen resulting in better visibility, even when you are wearing Polarized sunglasses. There is also less film between your fingers and the iPhone screen resulting in excellent responsiveness.