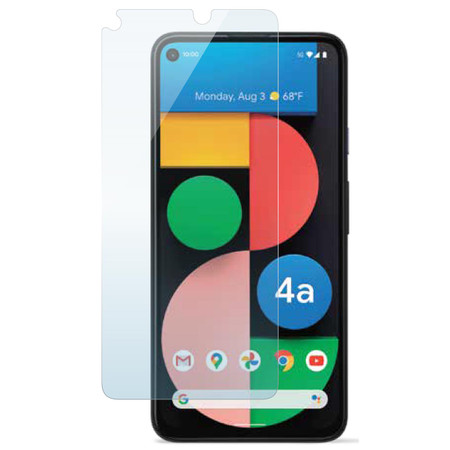 Clear, shatter proof protection with Power Support’s Shock-absorbing Crystal Film for Google’s Pixel 4a (5G). Six shock absorbing layers shield your Pixel screen from bumps, drops, and hits. Engineered and produced in Japan our film absorbs and dissipates glass shattering shocks to your Pixel’s screen. Hard screens like tempered glass may resist scratches but its brittle nature makes it unable to resists shocks, causing cracks and breaking. In an Iron Ball Drop Tests a 110g iron ball was dropped 1.5 meters directly onto a glass screen protected by the Shock-absorbing Crystal Film with no cracks or damage to the glass. The clear, high gloss film is extremely transparent and enhances the clarity and visual quality of the screen. The hard, outer coating incorporates a new anti-fingerprint coating specifically developed to improve surface responsiveness, repel water and oil while protecting against scratches, dirt and dust. The anti-fingerprint coating does not entirely prevent fingerprints, but, unlike inexpensive screen films, oils and dirt from your fingers do not adhere or penetrate the surface making the screen easy to clean. The AFP coating also resists most common oils and compounds found in make-up, body lotions, cooking and industrial settings so that they can easily be removed and cleaned off the film surface. 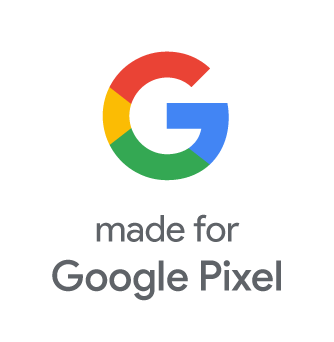 Unlike some screen films that require an elaborate and messy application process or a special applicator operated by store personnel, Power Support’s Shock-absorbing Crystal Film™ for Google’s Pixel 4a (5G) is easy to apply by yourself! Our Rip In Place (RIP)™ screen protector application technology (see instructions below) makes it easy to apply the film. Our film is not “glued” to the screen, but clings. This makes it easy to remove and re-attach the film or remove unwanted lint and dust during application.

The Shock-absorbing Crystal Film™ for Google’s Pixel 4a (5G) clearly protects your screen’s surface from scratches, dirt and shocks while enhancing the image.

This product has been certified by Power Support to meet Google's compatibility standards. Google is not responsible for the operation of this product or its compliance with any applicable safety or other requirements. Learn more at g.co/madeforgoogle.

Google's "made for" badge, Pixel and related marks are trademarks of Google LLC.

Your phone is important and deserves the best protection available. Electronic device screens are highly susceptible to scratches, abrasions and cracking, especially those devices you use every day,...

Crystal Film for Pixel 3a

Your phone is important and deserves the best protection available. Electronic device screens are hi…

Crystal Film for Pixel 3a

Protect and enhance your new Pixel 3a with Power Support's Crystal Film™. The hard surface coating, …

Compatible with the new iPhone SE, iPhone 5s, iPhone 5c and the iPhone 5 Your phone is important an…